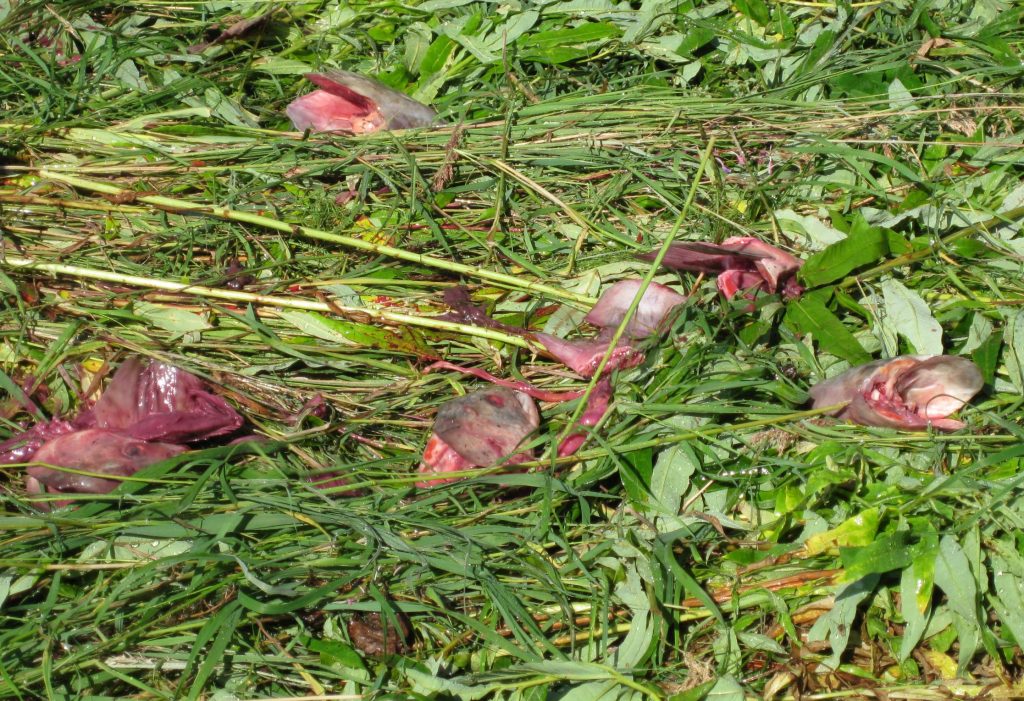 Much of these same principles apply to composting in general as with any composting, but there are some additional considerations. Fish composting has the potential to turn into a positively rank operation so you need to have a large enough bin or pile to manage those odors. In general, for a compost pile to heat up, it needs to be at least a cubic yard in size. But when composting fish, bigger is better.

One compost design  starts with a foot of “fluffy” materials such as leaves, peat or wood chips. Next, three parts wood waste and one part fish waste are alternately layered. Finally, a layer of finished compost caps the pile, which acts as a biofilter or barrier to the odor.

Another bin design that was tested featured a 4-inch compartment all around the compost bin to mitigate odors. The researchers found that the odor was reduced and made it possible to place the pile within about 50 feet from a home. The pile consisted of 2-inch layers of fish, 4-inch layers of straw or leaves, followed by 1/2-inch layers of soil. Because it was in a bin, it was hard to turn, so they laid perforated 5-inch plastic pipe on the bottom of the pile (that extended beyond the pile itself) to draw air up through the pile.

An Alaska compost company combined sphagnum moss and fish waste at a ratio of 1 fish tote (800 to 1,000 pounds of fish) to 4 cubic yards of peat moss.

Compost Solution to Dockside Fish Wastes and Composting: a Disposal Method for Fish Waste  are old publications but provide some good visuals on how to build your compost pile as well as on aeration and moisture regulation.

You can use a compost calculator to customize your recipe and to help you achieve a carbon-to-nitrogen (C:N) ratio that ranges from 25:1 to 30:1. It estimates the C:N ratio of various components. To know for sure, you’d have to get them tested. I’ve seen published C:N ratios for fish ranging from 4:1 to 10:1. The calculator doesn’t include fish waste but you can use something with an equivalent C:N ratio.

You do need to take care when composting fish to minimize the smell. It also has the potential to create an environment where harmful microorganisms like salmonella and E. coli can flourish. There are even some legal considerations that you should be aware of. Here are some more helpful tips on finding waste to compost, including fish, and managing your pile.

There are so many ways to upcycle your fish carcasses, so think twice before you toss them back into the river. If you find composting fish isn’t for you, you can always buy Fishy Peat potting soil produced here in Alaska.