Rhubarb patches are common in Alaskans’ backyards, but not asparagus patches. Like rhubarb, asparagus is an edible perennial and, if not quite as reliable or prolific as rhubarb, is certainly one to consider. The beauty of perennials is that once they’re established, they’re relatively easy to maintain and you’ll be harvesting them around the time you’re planting annual vegetable crops. Perennials do require more upfront work than annuals. 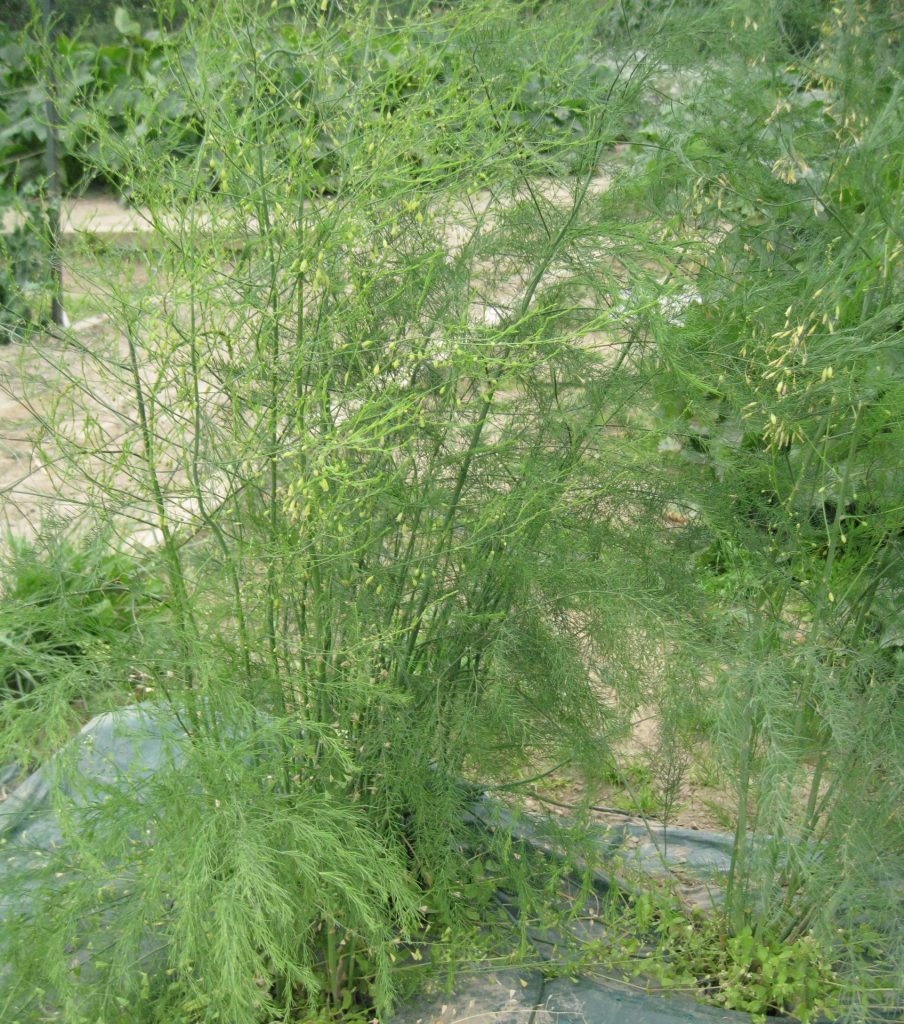 Asparagus ferns at the Georgeson Botanical Garden in Fairbanks, Alaska.

In 1995 Pat Holloway described asparagus as “finicky” in Fairbanks and I asked her recently if this was still true. She said yes and explained: “Warmer winters are one thing, but they are like peonies–they need snow cover. We have had spectacular successes on our warm south-facing slopes until we lose the snow then everything is wiped out. If we keep getting these 40 below spells, and there is no snow–not good. At my house–1000 ft elevation, I can’t grow it worth a darn even though I rarely get to minus 25. I get these wimpy stalks that make great feathery fillers, but not much else. They survive, but just barely. I think it is worth trying on the good, warm sites, but don’t be surprised if it doesn’t work.” See what a difference a high tunnel in Homer, Alaska makes in how well asparagus grows in Homer, Alaska.

There have been just a couple asparagus trials done in Alaska that I’m aware of–in the 90’s by Pat Holloway and more recently the Alaska Plant Materials Center starting in 2014. Most of the varieties trialed in the 90s aren’t readily available anymore. Jersey Giant was one of the top performers in these earlier trials and in 2014 so that is probably a good bet. Compared with crowns planted in the same year, Viking KB3, an open pollinated variety, yields were highest. Both Jersey Giant and Viking KB3 are available from Daisy Farms, along with many of the varieties trialed more recently by the Alaska Plant Materials Center. END_OF_DOCUMENT_TOKEN_TO_BE_REPLACED