If your garden isn’t fenced and you haven’t had a visit or two from a moose, count yourself lucky. It’s never too late to fence in your garden and prevent an unwanted visit from a moose. Once they have feasted on your produce, it will be harder to keep them from coming back. Moose are the biggest and most destructive pest in Alaskan gardens. The obvious way to keep them from eating your garden is to build a fence, 8- to 10-feet-tall, strong and possibly even electrified. However, you might not want to fence your garden, for example, if it is scattered across your property, you don’t want to block your view or you can’t afford it. In that case, the following alternative methods may help. 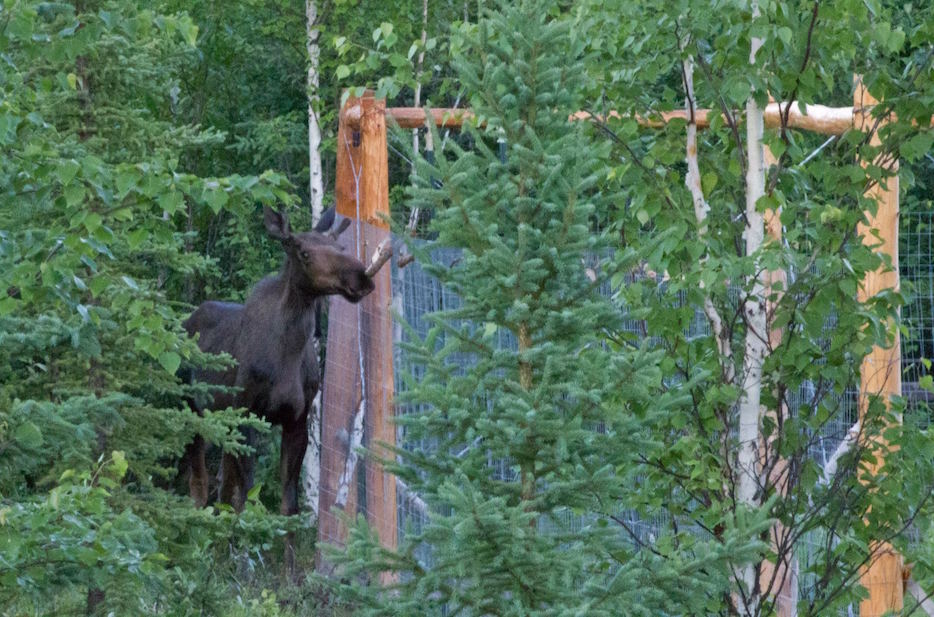 This moose provided some extra motivation to work hard and quickly to build a moose fence. He walked around the entire perimeter of the fence looking for a way in. The moose did eventually find a way in because our gate was too short. We had to add additional fencing above the gate and duck when we went in. Photo by Chris Cannon.

Moose eat some things because they’re there, others they gravitate to. They are particularly fond of cabbage, broccoli, cauliflower or almost anything in the Brassicaceae family, and peas, but their palate is not limited to your vegetable garden. They’re also fans of flowers, shrubs and trees. The Alaska Department of Fish and Game lists trees and shrubs that are frequently damaged by moose, such as apple and crabapple trees, and those that are only occasionally damaged by moose, such as lilac and maple trees. 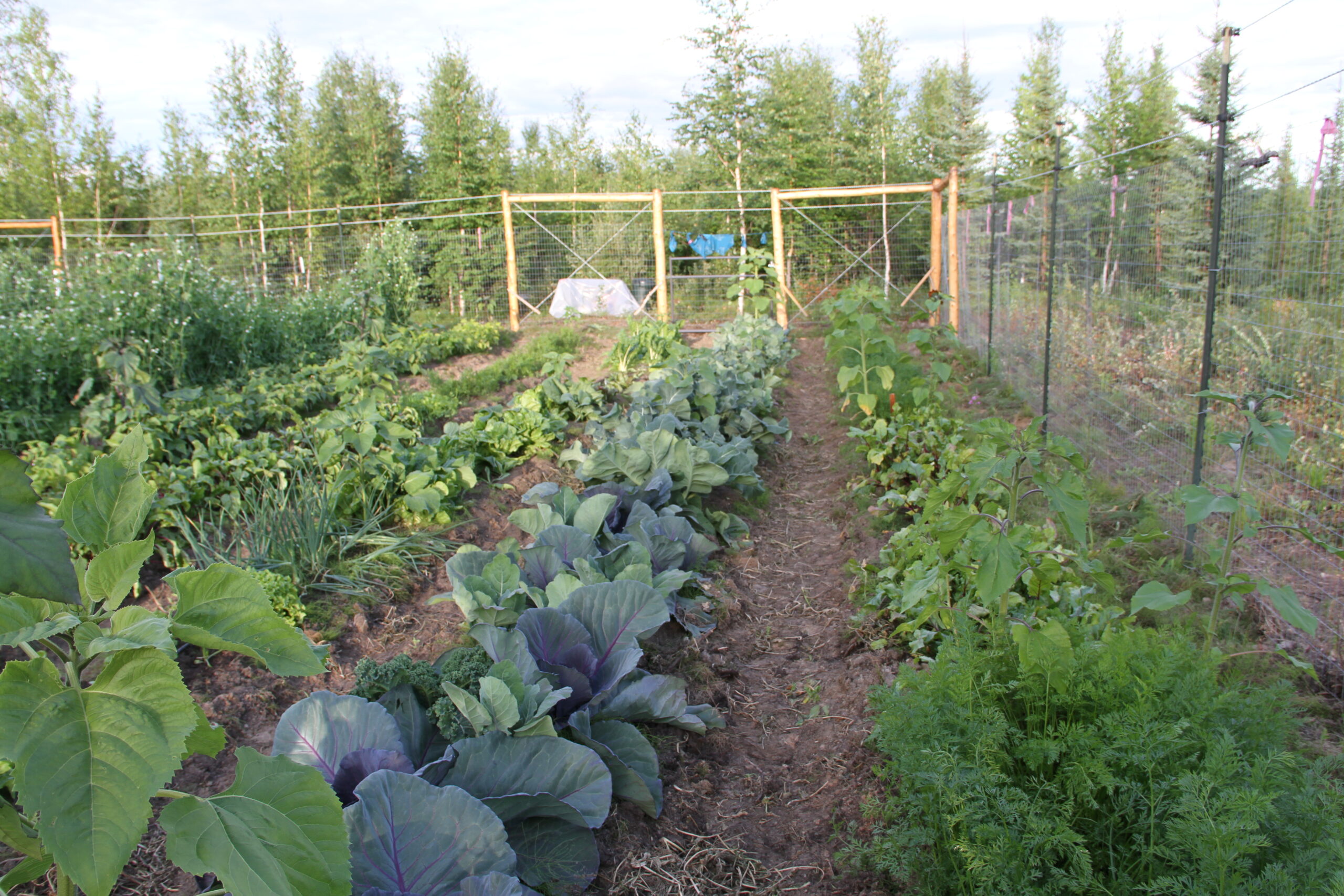 Brassicas like these cabbage will have a better chance of making to your dinner plate when grown inside a fence.

Trees are most vulnerable when they’re young and during the winter. Try wrapping individual trees in plastic netting, frost cloth or burlap. Or use tree tubes or bud caps. The most labor-intensive and expensive, but probably also the most reliable, method is to surround each tree with a sturdy, wire fence.

Alaska Master Gardeners report that a product called Plantskydd, made from dried bovine blood, is an effective moose repellent. Some people use blood meal instead, which is cheaper but doesn’t withstand the rain and weather as well. Both double as an organic source of nitrogen. One of my least favorite jobs at a local farm where I used to work was spreading blood meal along rows and rows of unfenced cabbage and broccoli by hand. Hunched over and with a little wind, it was revolting to have dried blood whip up into my nostrils and face. Then it would rain and I’d have to do it again. So to me, it’s well worth paying for a product with more staying power.

Wind chimes, flashy streamers and reflectors add whimsy to your garden but do little to deter moose. Lurid, orange fencing is supposedly effective, but it sacrifices the aesthetics of your yard.

Prevention and Control of Wildlife Damage, published by the University of Nebraska-Lincoln, is a comprehensive guide to controlling wildlife. Unfortunately, it doesn’t talk explicitly about moose, but many of the same measures used to control deer and elk are used for moose. Also, there are some fencing schemes included in the publication. The peanut butter fence is the simplest and cheapest and also happens to have the best name.

Finally, if you’re feeling frustrated with your local moose and if you also have an equisetum/horsetail problem, you might find some solace in knowing that moose eat horsetail.