Although the growing season in Alaska is short, particularly in some areas, it’s getting longer. Still, from year to year, there are noticeable differences in the length of the growing season. Season extension techniques help deal with some of this year to year variability and make the most of your season. You can protect your plants from frost and cold using a range of season extension techniques: frost cloth, low tunnels, cold frames or hoop houses. 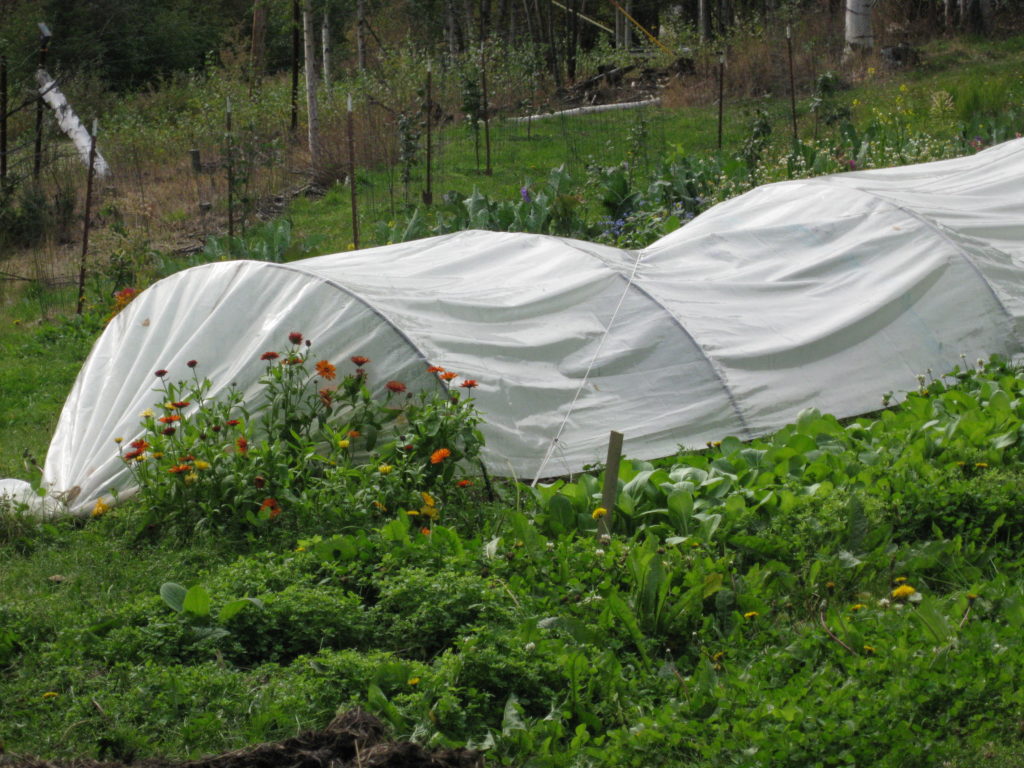 Frost cloth can be used to create a low tunnel to help insulate plants from cool temperatures.

Frost cloth, or row cover, comes in a variety of weights – the heaviest can protect plants down to 24 degrees.

Low tunnels are constructed from metal hoops and can be covered with frost cloth or plastic.

Cold frames can be insulated and/or heated (hot bed). You can even make a rudimentary cold frame with straw bales. If you’re willing to add heat to a cold frame (known as a hot bed) or high tunnel, you can extend the growing season even further into the winter. 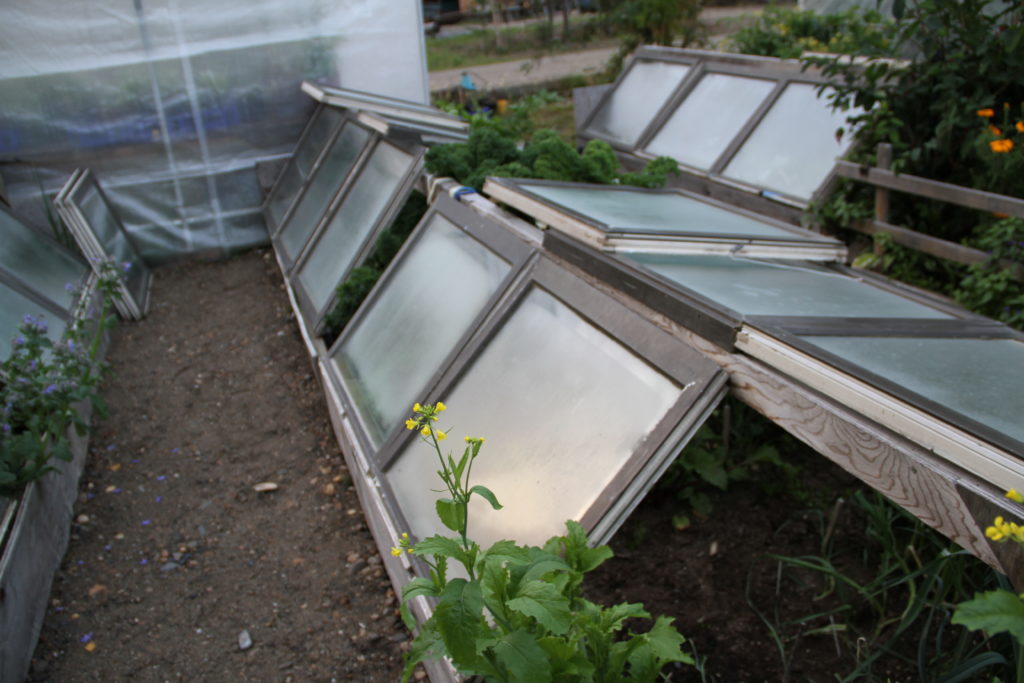 Old windows can be used to create a cold frame.

Hoop houses and high tunnels are another option. They provide a little less protection than cold frames because they are usually constructed from simple structures and use a plastic covering.

If you have extra room in your greenhouse, you can plant cold-hardy vegetables in mid- to late summer, but it might be hard to take precious space from your tomatoes and cucumbers when they are at their peak and give it to the lowly corn salad (mache).

Eliot Coleman, an expert on winter gardening, says that when the average nighttime temperature is zero, in a high tunnel it will be 11°F and in a cold frame it will be 14°F. While researching high tunnels at the Fairbanks Experiment Farm in 2005, I found that on the day of the first fall frost the minimum temperature inside the high tunnel was 29 while outside l it was 24°F.

Use a season extension technique that provides enough protection to keep the temperature above 15°F, below which most winter greens will be barely edible.

Lettuce and spinach are great crops to use with season extension techniques to continue harvesting greens in the shoulder seasons.

Don’t wait until the temperatures drop to plant your late-season crops. Plant them in mid- to late summer, depending on days to maturity. Plant them early enough to give them time to establish roots and mature some, but not so early that they have already reached their peak during the regular growing season. If you wait too long to plant, their growth may slow so that they never have a chance to reach maturity before it gets too cold.

Try these simple tricks to enjoy nutritious greens and vegetables longer this year. And, of course, these same techniques can also be used in the early spring.

You can watch a video on high tunnels here. The  Alaska High Tunnels Clearinghouse offers a wealth of information on using high tunnels in Alaska.