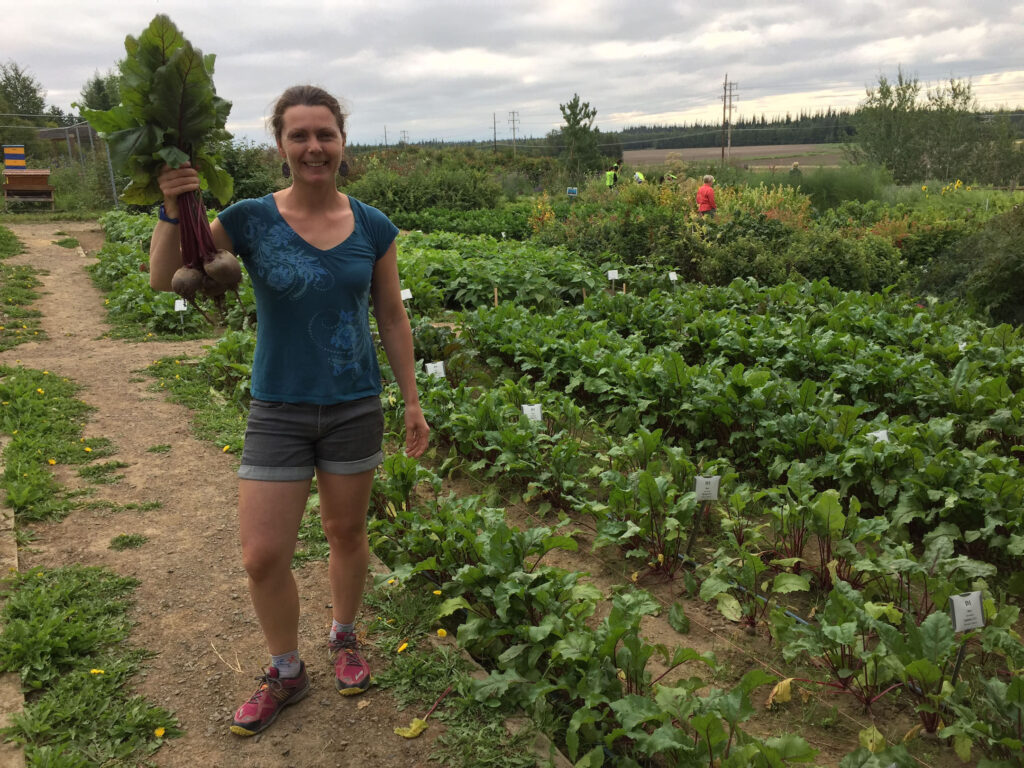 In 2018 vegetable variety trials in Fairbanks, in descending order, Zeppo, Boro, Subeto, Pablo, Red Ace, Detroit Dark Red, Robin and Merlin yields were significantly higher than Falcon, Early Blood Turnip and Lutz Green Leaf. Zeppo was the highest-yielding variety at an average of 2.1 pounds/row feet. The higher-yielding varieties also had correspondingly high ratings in other areas, including plant vigor, bolting sensitivity and uniformity. The average size of Boro, Subeto and Zeppo beets (all hybrids) were over 5 ounces in 2018!

Falcon, Early Blood Turnip and Lutz Green Leaf were dropped from 2019 trials because they tended to crack and bolt. In Fairbanks trials in 2019, in descending order, Subeto, Zeppo, Robin, Red Ace, Boro and Pablo had the highest yields, and Detroit Dark Red had the lowest. Detroit Dark Red tended to bolt and was not a hybrid variety. Subeto, the highest yielding variety, averaged 2.5 pounds/row feet and was the only beet in 2019 to average 5 ounces per beet. The higher-yielding varieties also had correspondingly high ratings in other areas, including plant vigor, bolting sensitivity, uniformity, and pest and disease resistance. The lower-yielding varieties tended to bolt more and be less productive. 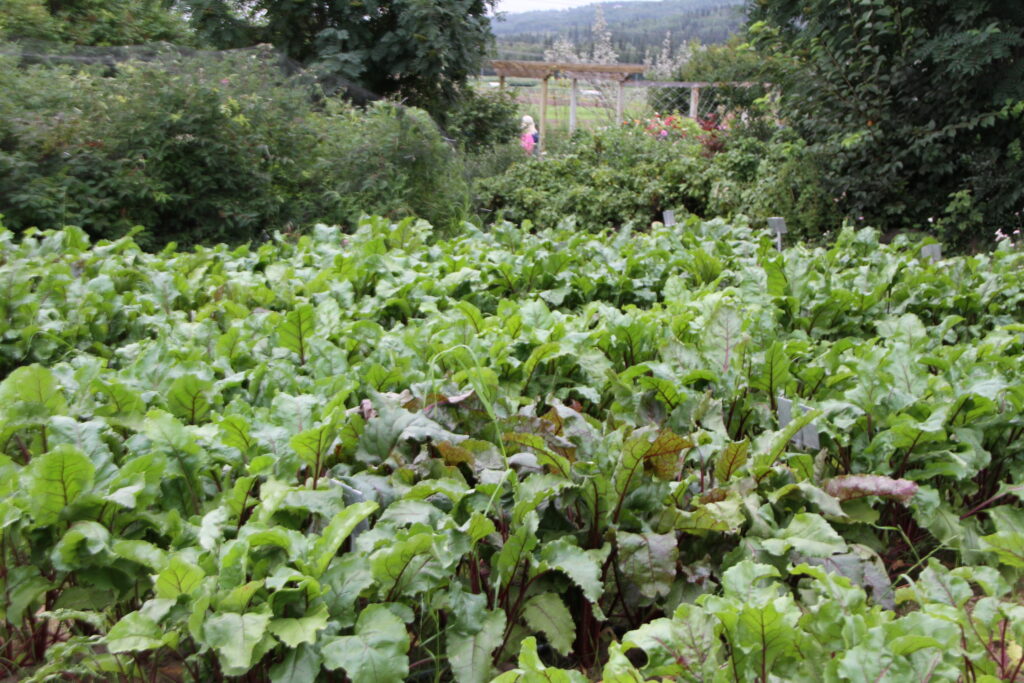 You can eat beet greens along with the beets.

Volunteers performed taste tests at a workshop. Robin, Merlin and Subeto were the best tasting while Detroit Dark Red was rated lowest for taste and texture. Taste test results should be considered cautiously as beets were in storage for two months prior to taste testing, and perhaps best represent varieties’ storability.

There are lots of other varieties of beets to choose from and there may be reasons to choose other varieties besides just their yield. Golden beets and Chiogga (red and white striped) offer interesting variety, although in my opinion, a more muted taste than the standard beets. Cylindra grows in a long, symmetrical shape, which may make it a little easier to can, pickle or cook.

In our trials, we have found relatively few pest problems with beets. Voles are probably the biggest one I’ve seen. Beets will bolt, particularly some of the heirloom varieties, so don’t wait too long to harvest beets when they’re ready. And, of course, some of the beets will bolt even before the root bulks up into a nice-sized beet.

You can plant beets when the soil warms up, well before June 1. They are quite cold-tolerant. In 30-inch wide rows, try planting three rows of beets, 1 1/4 inch apart, thinned to 2 inches apart. Or you can broadcast the seed and thin appropriately. Be sure to give extra space to those varieties that grow large! What you think of as a beet seed is actually a structure of multiple seeds so thinning is very important. Do go ahead and eat the small, tender beet greens that you thin, though!

My favorite recipe to use beets is from Jo Robinson’s book, Eating on the Wildside. It uses both the beet and the beet green in a salad. It calls for two bunches of beets.

Watch a video about growing beets in Alaska here. UAF Cooperative Extension Service has information on growing and cooking beets. For more help choosing which beet varieties to grow in Alaska, see what Extension recommends for your region (Interior, Southeast, or Southcentral) and which varieties performed best in trials.