Because of the continued uncertainty around how and when schools will open this fall and because I’m still working from home, like many parents, I’m making the choice to home-school. But with that choice comes many more decisions including what and how to teach at home. 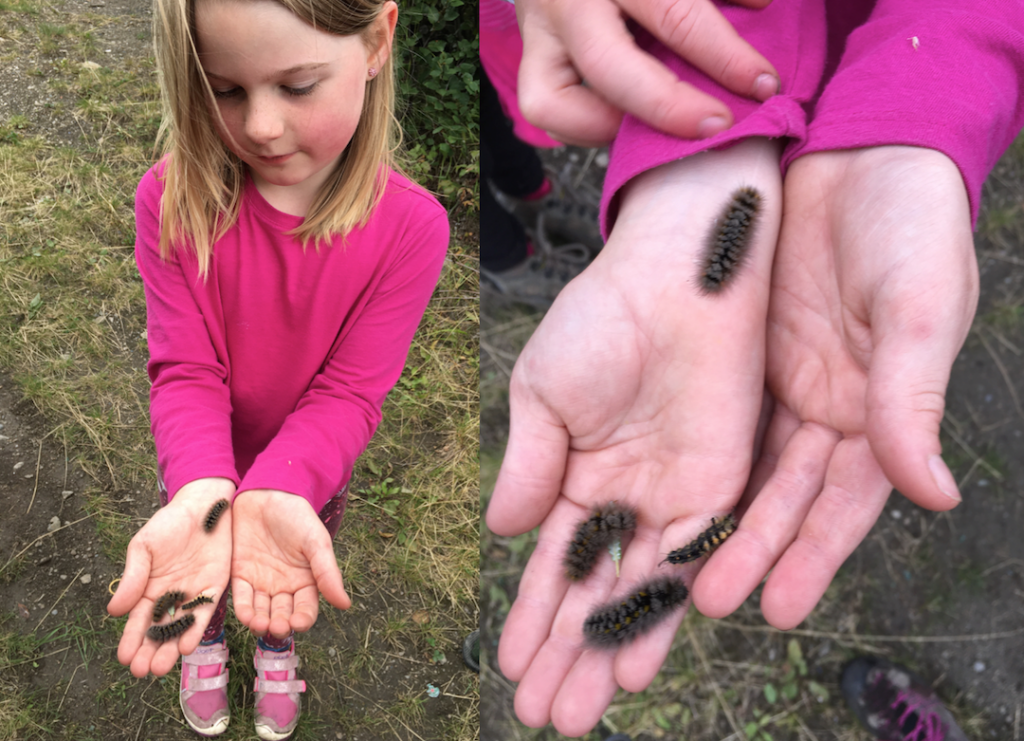 On a recent hike, we found four caterpillars. Being low to the ground and the pace kids hike at is conducive to finding interesting insects and caterpillars. One of these caterpillars is the larval stage of the rusty tussock moth, while the other three are some type of owlet moth.

My kids have been collecting caterpillars and worms for years, and to build on their natural curiosity, I’m planning on continuing to explore the world of bugs with them.

To get some ideas on where to start, I talked to two experts — Derek Sikes, curator of insects and professor of entomology at the University of Alaska Museum of the North, and Kennan Oyen (formerly Jeannet), a postdoctoral fellow in Cincinnati, with a focus on conservation and insects. Kennan’s fascination began early while home-schooling.

I asked Derek and Kennan, where should you start? Derek said collecting insects is an obvious place to start, but there’s somewhat of a barrier to entry in terms of the cost to do a formal collection. An easier, cheaper way to start a collection is simply to photograph the insects. He then proposed uploading them to iNaturalist where an automated algorithm will actually help you identify the insects. In your observation, click on “suggest an identification” to see what it might be.

Here are some more tips for getting started with iNaturalist. Plus, it’s also a way to keep track of your collection and even document scientifically important information. You can take photographs either by holding a magnifying glass under your phone or with a digital microscope. They are widely available and you can find decent ones for about $30 to $40. 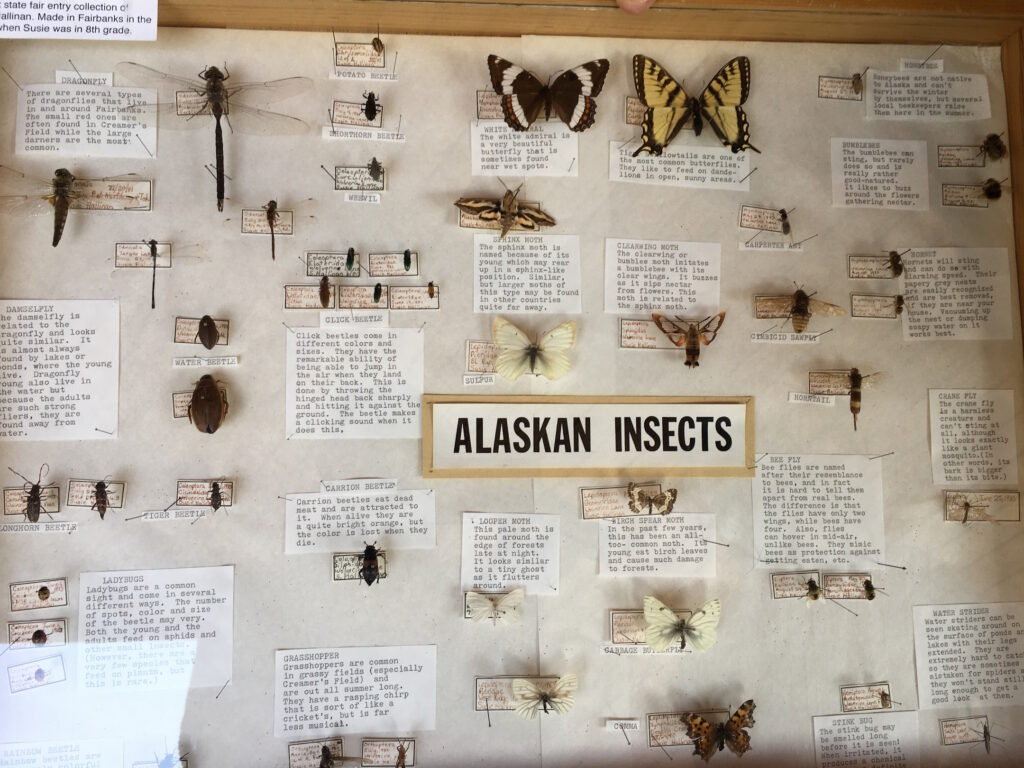 This is a collection of some of the more common insects found in Interior Alaska. The collector, Susie Hallinan, was in eighth grade and donated her collection to the UA museum later.

Kennan said drawing, building clay models and dissecting insects gave her a good understanding of their physiology — better than just reading books would have. Kennan’s family dissected lubber grasshoppers, which you can order along with instructions and dissecting tools, and then modeled the various components, including the Malpighian tubules. Malpighian what? I will have to learn more about those along with my kids this year. She said one of the real benefits to home-schooling was that it allowed her to pursue her curiosity in insects and use that as a path to developing the requisite skills of reading, math, research and writing.

I lamented to Kennan that we would only have a month or so in the fall to collect insects. But she reminded me that actually, insects are still around in the winter, they are probably just hunkered down under a layer of snow, under rocks and logs, and of course, my compost pile. She suggested an interesting experiment might be to record the temperature on my compost pile and the insects that are present at those temperatures.

I asked Derek for any final advice. He encouraged, “Just get out there and start looking. Kids are closer to the ground and see a lot more than parents. Start a competition, if you’ve got two kids, to see who can find the most. One of the beautiful things about insects is there are so many of them and they’re everywhere even if you live in the city. Just start looking. You could easily find something that is new to Alaska.”

Side note, mosquitoes have been very plentiful this year, which has inspired many people to have them sprayed and eliminated. Don’t forget that when you spray pesticides to kill mosquitoes, you’re also going to inadvertently kill beneficial insects and will decrease the number and diversity of insects you’re going to see in your backyard. Derek recommends using a mosquito magnet as a way to better target just the mosquitoes and not other insects. And if you have other pests in your garden like aphids, you may have also killed some of those predators that eat insects. Even wasps, which can be downright dangerous if they build a nest right on our house or porches, are beneficial in that they eat a lot of aphids.

Back to my home-school plan, which goes something like this:

Ways to identify your insects and arachnids:

So get out there and find some bugs!