Winter solstice is around the corner. Maintaining mental health in the dead of winter in Interior Alaska is always a struggle, but even more so given the added stress and limitations presented by COVID-19.

Research shows that greenery, both indoor and outdoor, offers a protective factor against the stresses and anxiety caused by living in a time of uncertainty, limitations and challenges. One study asked people about their emotional well being on one day after new restrictions were announced, doing various, daily activities. Exercising, particularly outdoors, going for a walk and gardening topped the charts in terms of promoting emotional well-being. The value of spending time outdoors is not news. In Norway, the term friluftsliv, or open air living, captures their cultural enthusiasm for nature and getting outside whatever the season or weather Spending time with friends as well as children was also associated with positive feelings—but not if it involved homeschooling! Interestingly, interacting with your spouse was also associated with negative feelings. While spending time indoors with friends is discouraged now, socially distanced outdoor recreation is a safe way to connect with friends. 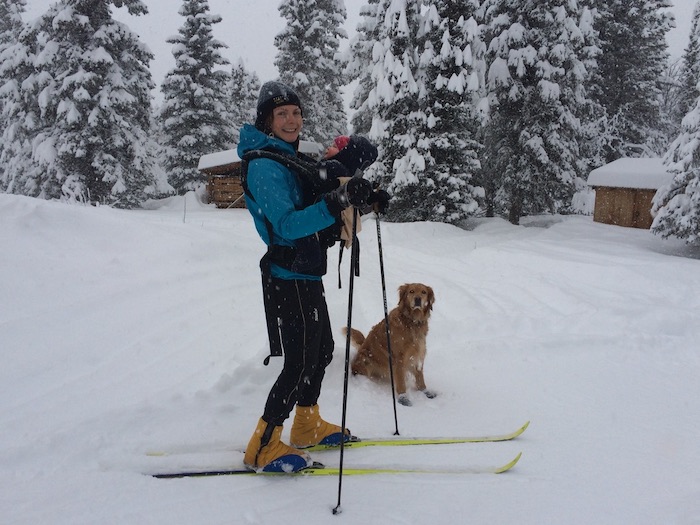 Skiing in McCarthy with my daughter, Kinsey in a snowstorm. Photo by Chris Cannon.

One of my favorite ways to recreate in the winter is skiing. It doesn’t matter whether it’s cross-country, downhill or backcountry, as long as I’m sliding on snow, I’m happy. Judging by the number of people in the parking lots for the ski trails, lots of people are trying skiing for the first time. If you’re interested in learning how to ski, the Fairbanks Nordic Ski Club offers lessons for all ages. If you live in a village in Alaska, Skiku, a program that usually provides in-person lessons throughout rural Alaska, is providing virtual support for kids who want to ski in their village this year. Many schools in rural Alaska have been stocked with skis by Skiku as well.

We have the luxury of living in a location with easy access to the outdoors and ample space to recreate, so if you can get outdoors on a regular basis, do it!

Another study found positive correlations with mental health and greenery. Whether having houseplants, a view of nature outdoors, or being in nature, there were all positive effects on mental health. Looking outside my window, and when I’m outside in the winter, I’m not sure I would describe it as greenery—maybe whitery? 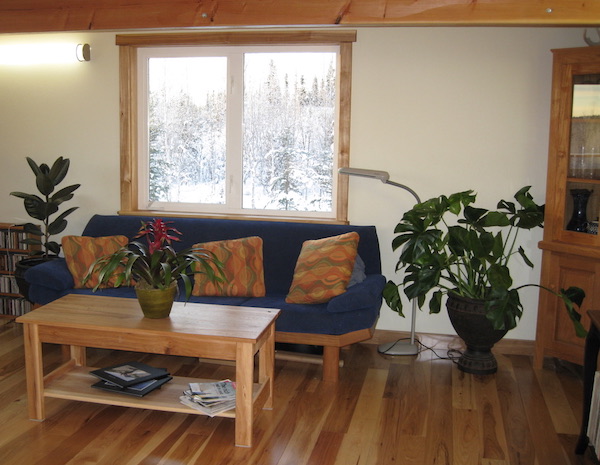 Even in a small cabin, there is always room for a houseplant or two. From left, that’s a Ficus plant, a bromeliad and a Monstera.

If you’re unable to get outside in nature, for whatever reason, consider spending some time by a window that looks out over greenery, buy a few houseplants or even grow an indoor edible garden. You could even incorporate indoor gardening into your homeschool curriculum, which might promote emotional well-being all around.

Even though we can’t enjoy many of the activities we once took for granted, there’s a lot to be thankful for and ways to lift our spirits through this challenging time.

2 Replies to “Greenery and Your Mental Health this Winter”